Net Price Calculators: Part of the Problem, Not the Solution

Our core belief at CAP is that students and families can make smart, fiscally sound college selection decisions if they are appropriately educated and armed with the relevant information they need. Regretfully, college consumers are far from being provided with simple and straightforward cost-benefit propositions. Instead, they are forced to fight through an unnecessary maze of confusing paperwork, urgent deadlines, and opaque fee structures, which too often leads to irresponsible borrowing and regrettable outcomes.

We are not the only ones that see unnecessary information barriers in the field of higher education. The federal government itself has tried various regulations over the years to improve the quality of the information coming from colleges and the consistency in which they communicate it.

On the financial side, one of the government’s most encouraging attempts at increasing transparency was the requirement for colleges to publish Net Price Calculators (NPC) on their public-facing websites.

This article will explain where NPCs originated and what they are intended to accomplish. I will then explain why, regretfully, NPCs have ended up like many well-intentioned government policies and have become a “check the box” requirement with minimal value for consumers. I will also make the argument that the presence of many NPCs contradicts the program’s initial intent.

Lastly, I will explain how this problem can (easily) be fixed.

The History of Net Price Calculators

One of these new provisions was the requirement for colleges to include a Net Price Calculator on its website. Per the Department of Education:

In accordance with the Higher Education Opportunity Act of 2008 (HEOA), by October 29, 2011, each postsecondary institution in the United States that participates in Title IV student aid programs must post a net price calculator on its Web site that uses institutional data to provide estimated net price information to current and prospective students and their families based on a student’s individual circumstances.

The intent of NPCs was simple: colleges and universities are allowed to price and discount their tuition and other costs of attendance as they see fit, but if they participate in the federal student aid programs (as nearly every school does) then they need to provide a simple calculator so consumers can navigate the various layers of discounts and costs to figure out what that particular school will likely cost them.

NPC requirements per the HEOA:

Charge families what you want, just be transparent with them about what that ultimate cost will be based on their individual circumstances (academic and financial profiles).

Simple, straightforward solution to clean up the confusion around the ultimate net cost of college. Brilliant, right?

Spoiler alert: it has not worked out that way…

In order for colleges and universities to remain compliant with Title IV and be eligible to participate in federal student aid programs, they must publish a Net Price Calculator on their public website. To help them do this, the Department of Education produces its own NPC template to facilitate compliance. Because of these two factors, the compliance rate among institutions of higher education is near 100%.

To receive federal funds, all schools have NPCs on their websites. Wonderful.

So what’s the problem?

The obvious, glaring hole in the current law and NPC requirement is that it includes nothing about keeping these calculators current or accurate. Schools are required to have them on their sites and that’s it. If the NPCs provide wildly inaccurate information, there are no penalties.

With only a superficial requirement and no supervising authority keeping tabs, many colleges and universities treat the NPC requirement as a “check the box” item that they put in place and never think about.

Hardly the driver of transparency it was intended to be.

Why NPCs Are Actually A Problem, Not The Solution

Inaccurate and outdated NPCs are a bigger problem than simply government inefficiency, however, and this is because many college-bound students and their families expect these NPCs to be correct.

By using invalid outputs that come from untended NPCs, families have misplaced expectations that can lead to regrettable decisions. Award letters end up not matching projections and families are left in the tricky position of making an emotional decision rather than a planned out, rational one.

A couple of real-life examples:

American University’s NPC follows the Federal EFC methodology and this is what the public sees on American’s website. Internally, however, the school’s financial aid office uses the Institutional EFC methodology to determine the amount it awards accepted students. Because these two methodologies approach some inputs, such as income and home equity, much differently, projected awards from the NPC can end up significantly higher than what families see in the award letter. The result inevitably is a surprised and upset family that thought they had done their homework but instead found themselves in a hairy situation.

What should the family do? Deny their child because they inadvertently misplaced expectations? Or choose the school anyway and do what they have to do (i.e. borrow more than they should) to pay the bill? Easy for an outsider to say they should just say no and do the financially responsible thing, but we all know more times than not the decision is the latter.

Boston University is a second example. BU has two different Net Price Calculators on their financial aid website. At first glance one might argue that this is beneficial, as the BU financial aid office is providing more resources for families. These dual NPCs, however, cause more confusion and mixed messages for many families.

Each respective NPC on the BU website calculates awards significantly differently. For one particular family with moderate income but significant home equity, they saw a $40,000 difference in projections from the two different NPCs. As you would imagine, it becomes extremely challenging to financially plan for a college when the same school is offering such wildly different projections for the same family.

Upon investigating further and speaking with the BU financial aid office, they were unable to explain the reason for the discrepancy and informed the family to plan for the worst. Not exactly what NPCs were designed for, right?

BU is an excellent college. They are the type of school that is quite generous with need-based financial aid and merit-based scholarships when they do decide to award them. With that said, they are doing their prospective candidates and their families a disservice with the blatant inconsistencies in how they communicate their merit aid criteria. Specifically, their Net Price Calculators are a problem, not the solution.

There are hundreds of more examples every year just like this, but you get the point. The school is compliant and is eligible to participate in federal aid programs. The family, however, is misled and finds themselves in the exact situation they were actively trying to avoid.

Net Price Calculators are a good idea, if they are maintained and accurate. If not, they often exacerbate the problem they were designed to solve.

How We Can Fix It

The solution to the NPC problem is not complicated. The federal government needs to add some dedicated oversight to the NPC requirement that is focused on the accuracy of these tools. Monetary penalties associated with non-compliant, inaccurate NPCs can be used to fund this federal watchdog group. The problem can fund the solution.

Additionally, the federal government should make changes to the NPC template they provide colleges as a starting point. The current Federal template’s required inputs are not adequate to produce an accurate result. As an example, they are missing the inclusion of non-retirement assets, which can be a significant driver of need-based aid amounts depending on a family’s situation. The basic Federal template falls short from the get-go and an annual review and update of this template should be done to keep it current.

Having NPCs alone is a half measure that often has the unintended effect of confusing people more than they would be otherwise. Let’s take the additional steps and make this policy work as intended. This is an easy fix.

How Home Equity Affects the CSS Profile. Will the equity you’ve built in your home impact... A Transgender Student’s Guide to Shopping, Applying And Paying For College. While more and more students... 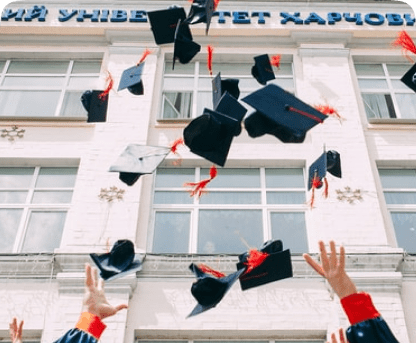 The Federal Student Aid office recently announced FAFSA changes that will go into effect for...